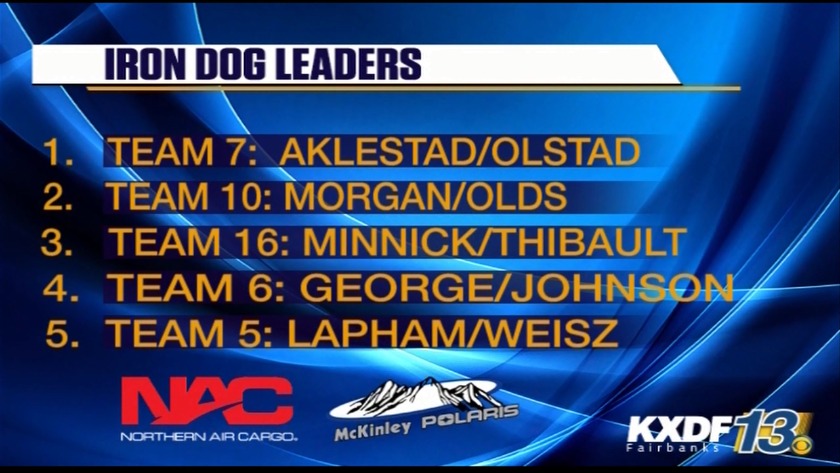 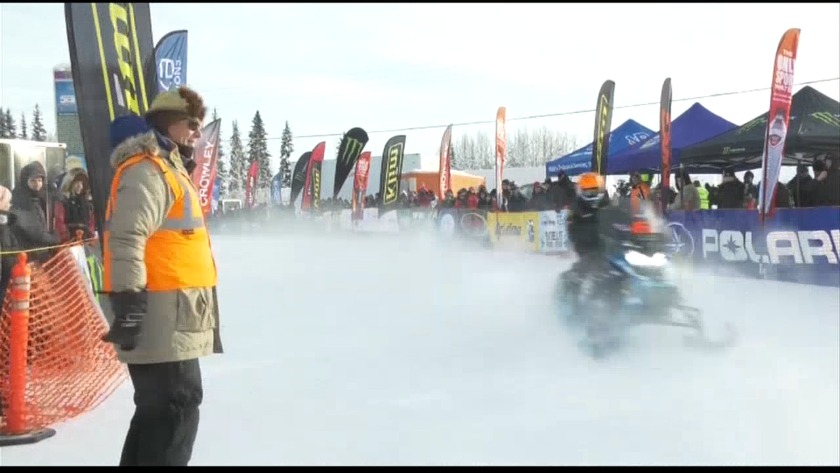 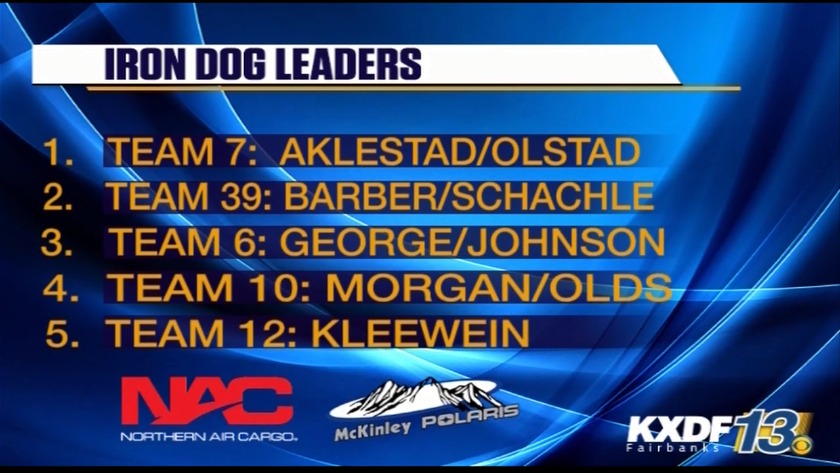 FAIRBANKS, Alaska. (KTVF) 5:30 P.M. AKST (Thu.) - Leaders since day one, Tyler Aklestad and Nick Olstad of Team 7 still hold the lead, leaving about 1,800 miles of trail behind them so far. Hot on their trail, two-time defending Iron Dog champions, Mike Morgan and Chris Olds (Team 10) climb to second place after a busy day four, pushing Brad George and Tyson Johnson (Team 6) to third. Todd Minnick and Daniel Thibault (Team 16) are in fourth, while Casey Boylan and Bryan Leslie (Team 14) round out the top five. Fifteen teams remain on the Iron Dog trail, with the first half of the race behind them.

The 2020 Iron Dog race started this week with close to 30 teams tackling the cold temps and the long trail. The brutal conditions has already claimed five teams, leaving 24 battling for supremacy.

At the top of the leaderboard is Team #7 with Tyler Aklestad and Nick Olstad. The pair from the Matsu-Valley checked into Kotzebue, AK at 4:59 P.M. on Monday. In second it is Team #39 with Cody Barber and Robby Schachle. Barber and Schachle are about 180 miles behind the leaders.

Continue to monitor this page for updates and results for the 2020 Iron Dog race.