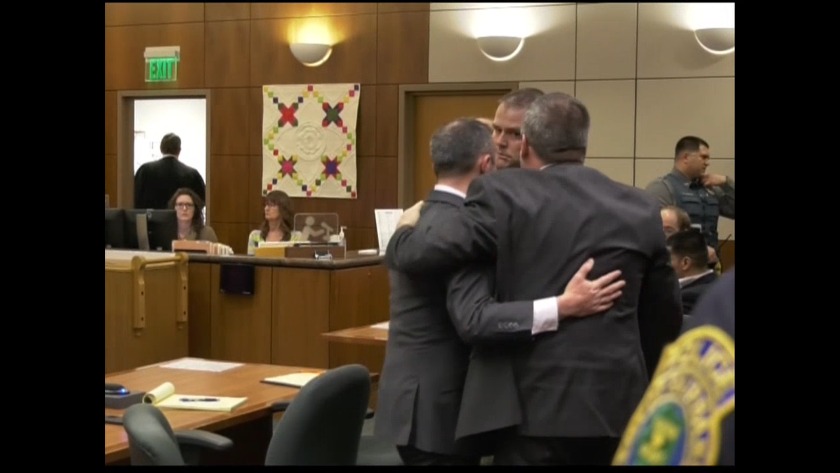 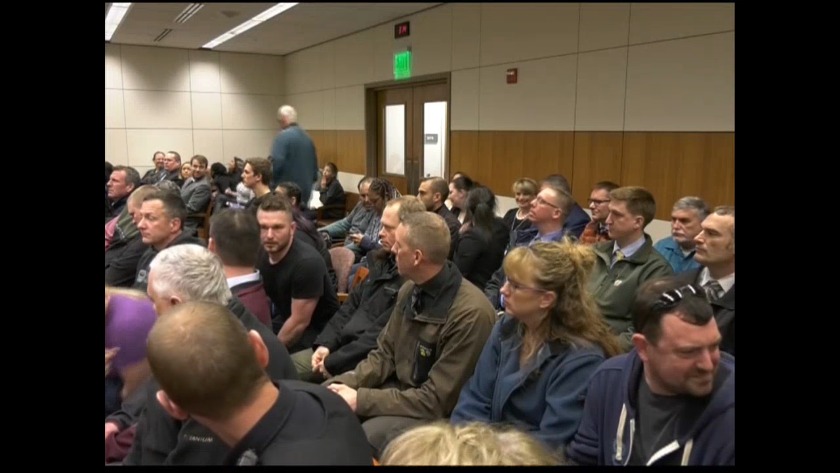 FAIRBANKS, Alaska - UPDATE: 04-05: Fairbanks Mayor Jim Matherly, who had only been mayor for three days when Brandt died, spoke about the verdict.
"It's a very emotional day for Fairbanks and for the Fairbanks Police Department," Matherly said. "While I am aware that nothing will ever bring Allen back, I am very pleased with the verdict today. I really want to commend the jury for the hard work, the state for presenting an excellent case, and of course everybody who's been supporting Allen's family since this tragic event. So I am very happy today."
District Attorney Gregg Olson and Deputy District Attorney Joe Dallaire gave their thoughts of the outcome of the case.
"Well I mean I think that justice has been done for Allen's family, for his police family, for our community," Olson said.
"We're pleased, obviously we are pleased with the verdict," Dallaire said. "Probably was not an easy decision but we feel that the evidence was there to support the convictions and obviously we are happy with the result."
We reached out to Jenkins' attorney, Justin Racette, but he declined to comment on the verdict.

The jury has reached a verdict on the second day of deliberations in the trial for Anthony Jenkins-Alexie.
Jurors found Jenkins-Alexie guilty of one count of first degree murder of a uniformed police officer, two counts of second degree murder, one count of attempted murder, one count of first degree assault, one count of vehicle theft, one count of weapons misconduct, and one count of evidence tampering.
Jurors found Jenkins-Alexie not guilty of one additional count of evidence tampering.
The court room was filled with sighs of relief as the guilty verdicts came in.
Law enforcement officers, prosecutors, friends, and family embraced each other.
Fairbanks Police Chief, Eric Jewkes, spoke about the verdict.
"You know we are very pleased with the verdict," Jewkes said. "Of course no matter what happens here it is not a happy occasion, but we feel like it is the verdict that was just, that was right, that represents what happened. It's been a long process, it's been two and a half years you know it's been very difficult for the department, for everyone here, so we are very thankful for the jury to listen to this, and they lived through our nightmare."

Ruling due Monday in tribal case over coronavirus relief funding

Ruling due Monday in tribal case over coronavirus relief funding