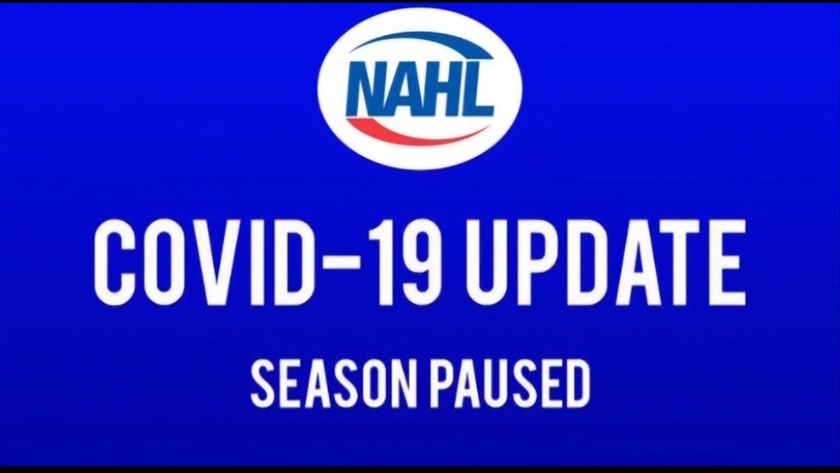 FAIRBANKS, Alaska (KTVF) As leagues across the country, professional and amateur, cancel or postpone sporting events, the North American Hockey League announced earlier today that their regular season games "have been paused until further notice". The Fairbanks Ice Dogs were scheduled to face the Amarillo Bulls at the Big Dipper for a two-game series Friday and Saturday night. The Bulls, from Texas, had already arrived in Fairbanks when the statement was released.

“This is an unprecedented time and situation. First and foremost, we want to be sure we are doing what is best for the hockey community: players, teams, fans, and officials," NAHL Commissioner Mark Frankenfeld said in a press release. "In the past 24 hours, it became clear that we needed to follow a path that was consistent with what has transpired in the hockey world, particularly with our partners at USA Hockey, the NCAA, the NHL and the USHL. We will continue to monitor the situation daily with everyone involved and we understand that given the current landscape, things could change at any moment. Our number one goal is to resume play as soon as possible, but only when it is safe for all of the parties involved. The NAHL Board of Governors will reconvene on a conference call on Friday to discuss further action.”

The Ice Dogs have eight remaining games on their regular-season schedule. Fairbanks leads the Midwest Division with 79 points, looking to clinch home ice for the first round of the Robertson Cup Playoffs.

"It is very disappointing to us, obviously," Ice Dogs General Manager Rob Proffitt said. "We got to look out for the safety of our players, fans, volunteers, etc."

"A lot of emotions right now...it was military appreciation this weekend which is very special to not only our team, but the community," Proffitt added. "I guess I'll take a moment to thank all those that have served. I'm sorry we couldn't honor you this weekend, but we'll do our best. We're always thinking and appreciative of what you do for our country.

Fairbanks' most dedicated runners take on the St. Patrick's Day Run
Aurora and MAC basketball tournaments in North Pole postponed by school district due to coronavirus