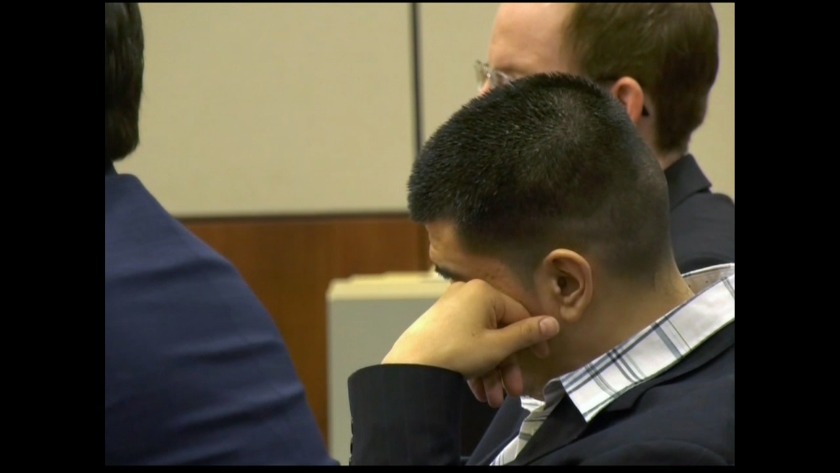 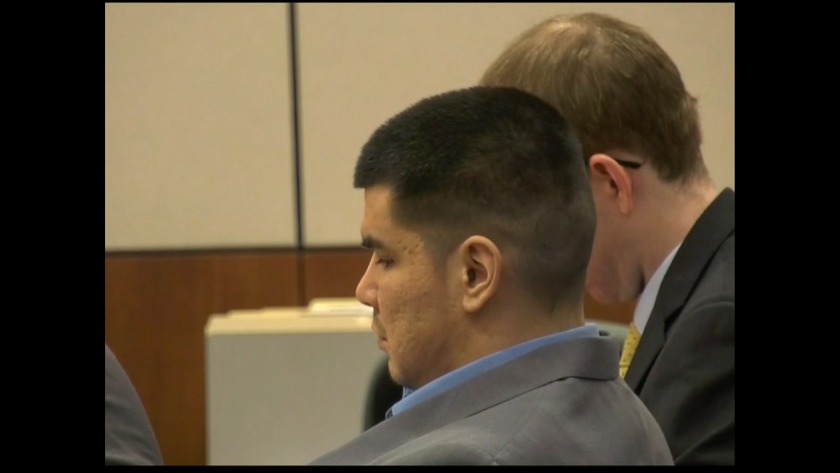 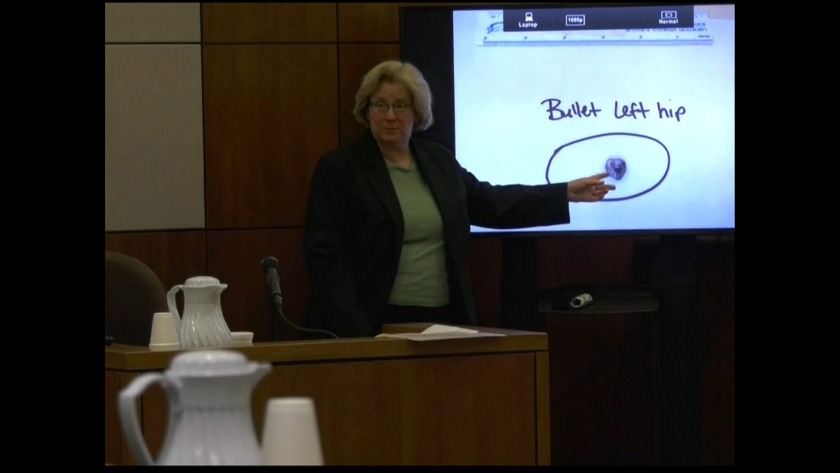 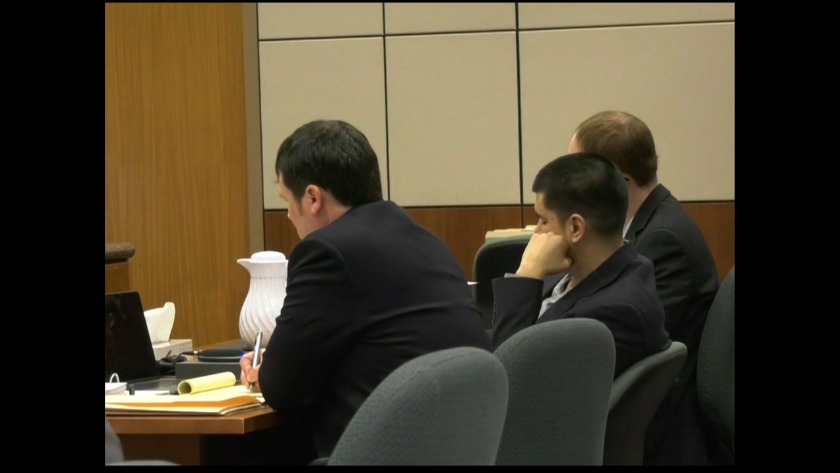 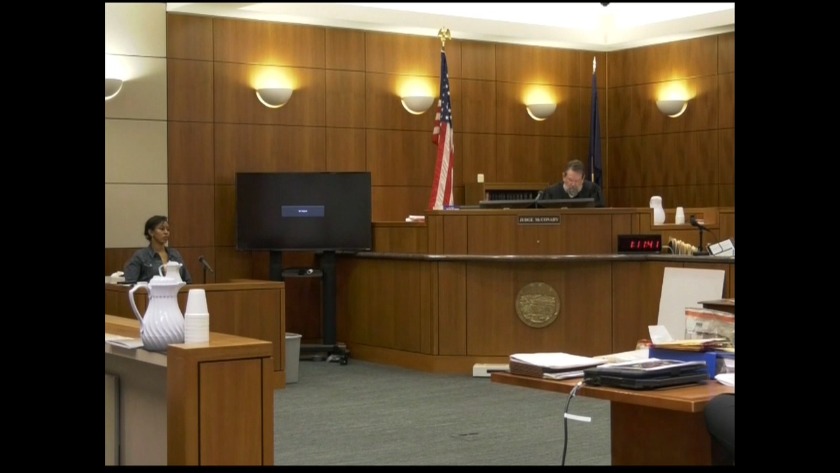 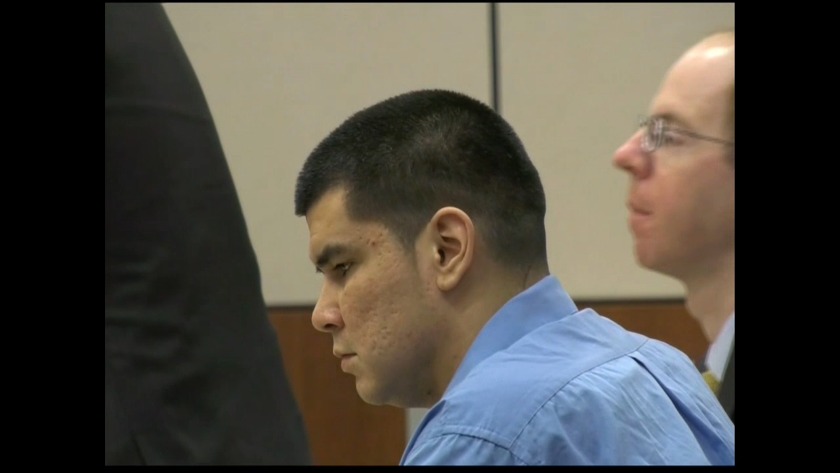 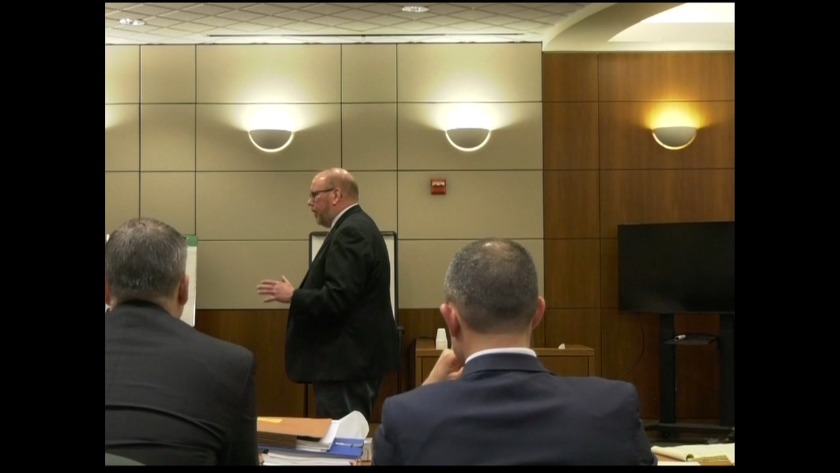 The trial for accused cop killer Anthony Jenkins-Alexie has come to a close. Jurors listened to closing arguments from the state and defense today; with the state talking about the ‘terror that struck Allen Brandt that night in the form of Jenkins-Alexie’ and summarizing testimony and timelines that were given previously during the trial.

While the defense argued that the state failed to show that Jenkins-Alexie intended to kill Sgt. Brandt, arguing instead that numerous facts lead Jenkins-Alexie to ‘snap’ and that he was ‘seeking suicide by cop’. The defense also claimed that Brandt’s death was in fact a case of malpractice against the doctor that tended to his injuries, leading to his death.

In the state’s rebuttal they claimed not only intent but that Jenkins-Alexie was the direct cause of Sgt. Brandt’s death; asking the jury to find the defendant guilty of murder in the first degree.

The jury is currently deliberating and we will update you as soon as a verdict is available.

The trial for Anthony Jenkins-Alexie is nearly finished with closing arguments expected Wednesday.

The state rested their case after concluding questioning of Fairbanks Police Sergeant Peyton Merideth. They also played a voice recording of a rap Jenkins wrote and sang over the phone from jail almost a year after the shooting.

In the expletive filled rap which also has multiple racial epithets, he says he is “facing murder for clapping Sgt. Brandt.”

The state claims that Jenkins-Alexie shot Sergeant Allen Brandt out of retaliation of the police shooting a few months earlier of James Richard.” Jenkins-Alexie references this event when he says, “Rest in peace to James Richard, wish I can get you back...know I got ‘em back.”

He also raps disparaging lyrics about Brandt’s widow, the judge, police chief Eric Jewkes and the community as a whole.

The defense only asked a couple of cross examination questions before dismissing the witness.

The defense then made a motion to acquit Jenkins of first degree murder claiming the state didn’t meet the standard for evidence for a jury to find him guilty beyond a reasonable doubt. The judge disagreed denying the motion.

The defense didn’t call any witnesses and simply rested their case.

The trial for a man accused of shooting a Fairbanks Police sergeant continued Monday.

Anthony Jenkins-Alexie is charged with first degree murder and other lesser counts from a 2016 incident in which he is accused of fatally shooting FPD Sergeant, Allen Brandt.

Juror heard expert testimony from the emergency room doctor who treated Brandt the night he died and from the medical examiner who performed the autopsy.

They were shown photos of the blood clots in his lungs that ultimately killed him and of the bullet wounds in his legs and eyes.

"Basically the gunshot wounds created the environment that would allowed a person to form blood clots much faster than normal in there own body and that's what happened," said Cristin Rolt a medical examiner.

Expert testimony from medical professionals who testified say that Brandt died as a result of pulmonary embolism, a blood clot that goes into the lungs from the legs and cuts off air to the body.

According to their testimony the blood clot most likely caused as a result of the gunshot wounds Sargent Brandt received to his legs.

Sargent Peyton Merideth, the case officer for the investigation, was the last person to take the stand for the day, collaborating previous testimony and talking about an hour and 50 minute video of the initial interview with Jenkins-Alexie that the state played for the jury.

In the video Jenkins-Alexie initially says that he was asleep in his bed when the shooting had happened, but after they showed him a confessional note, he had written, he admitted to committing the crime.

After he told interviews he wrote the letters they asked him if he took responsibility.

"I take responsibility over everything okay," Jenkins-Alexie said.

During the interview Jenkins-Alexie is caught in many apparent lies and inconsistencies, but says repeatedly in the video he didn't know what he was doing and that he wanted suicide by cops.

Sargent Merideth's testimony will continue Tuesday when the court reconvenes.

The judge told the jury that if everything goes according to plan, they will hear closing arguments in the trial Tuesday and will be able to begin deliberations.

The state called doctors and surgeons to the stand that had worked on Brandt before he died.

They explained the different risks associated with his injuries, and ways they treated him.

According to medical experts, Brandt died as a result of a pulmonary embolism, which is a blood clot that starts in the leg and then travels into a lung.

The defense's questions focused on the normal risks associated with any surgery, and the chances of pulmonary embolism occurring without any trauma to the legs.

But the state contended that the gun shot wounds greatly increased the chance of the blood clots.

"That's one of the reasons that he went to a trauma service was because there was so many complications that can occur down the road from the actual gunshot wound even though they didn't really hit a major artery they can still lead to some serious problems," said Brian Tanksy a Fairbanks Memorial Hospital Emergency Room Physician.

The state also told the judge they intend to play a recording Monday of Jenkins-Alexie on a phone call, which they say will help dispute the defense's claim that he never intended to kill Brandt.

The defense objected to this evidence, however, the judge ruled in the favor of the state saying, they could play the recording.

The trial could end as soon as next Tuesday if everything stays on schedule.

UPDATE 3-28-2019: The trial for Anthony Jenkins-Alexie went on for its 3rd full day today.

The state has called police detectives to the stand to testify about the crime scene and entered supporting photos along with other evidence including Sgt. Brandt’s uniform.

Twyanna Coger, Jenkins-Alexie’s girlfriend at the time, has also been called to testify.

During questioning the defense focused on the mental state of Jenkins-Alexie and if alcohol or drugs played a role the night of the shooting. Coger was also asked if Jenkins-Alexie had mentioned anything about wanting to shoot a police officer to which she responded that he had not.

The trial is expected to continue for the next one to two weeks.

UPDATE: Emotions ran high in court on the second day of the trial for the alleged murderer of Fairbanks Police Sergeant Allen Brandt.

Retired FPD Lieutenant James Geier, who was in charge of the investigation into the shooting, became emotional as he read from a letter the state claims Jenkins-Alexie wrote.

"My apologies to Allen Brandt. He shouldn't have stopped, sorry to him as a human," Geier stopped to regain his composure. "A father, uncle, son, cousin and husband, I am sure you, he meant as much good as the bad."

Jenkins-Alexie appears to confess to the crimes and give his reasons for the attack in the letter.

The letter continues to say that Jenkins-Alexie was seeking revenge for the police shooting of his brother-in-law James Richard.

"An eye for an eye, you crooked (expletive deleted). Got many of my love ones, I only attempted one but spared his life when he begged please," Geier read.

The state also called other law enforcement investigators and detectives to the stand, as well as, people who interacted with Jenkins the night of the shooting.

The defense mostly listened, only cross examining a few of the witnesses to clear up small details in their testimony.

The trial will continue tomorrow as the state calls more witnesses.

ORIGINAL STORY: The trial for a man accused of shooting and ultimately killing a Fairbanks Police sergeant started today.

Anthony Jenkins-Alexie is charged with first degree murder and other lesser counts from a 2016 incident in which he is accused of shooting FPD Sergeant, Allen Brandt.

The prosecution and defense gave their opening arguments in the case, and the state brought some of its first witnesses.

The state told the jury that the evidence will be sufficient to find that Jenkins-Alexie intended to kill a police officer, and succeeded in doing so.

The defense agreed that the jury will find their client guilty of some charges.

"The defense isn't here to tell you that Mr. Jenkins did nothing wrong," said Justin Racette the defense attorney. "He absolutely did. And you are going to convict him of some crime when this trial completes. So the defense is not going to be standing here at the end of the trail time, he did nothing wrong and your going to absolve him of everything, and send him on his way. That's not what we are here to do."

However, Racette says that the jury will not find Jenkins-Alexie guilty of first degree murder.

After opening statements the state called their first five witnesses to the stand.

Police officers, a dispatcher, and people who where in the area took the stand to share what they believe happened with the jury.

We will continue to update this story as the trial proceeds.