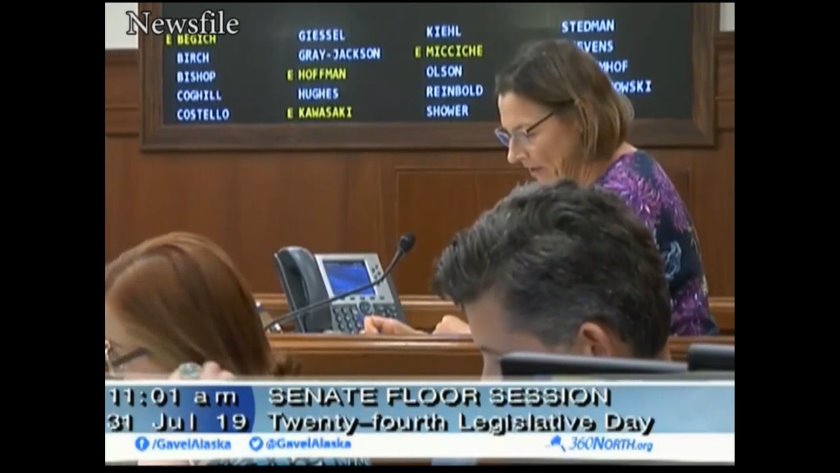 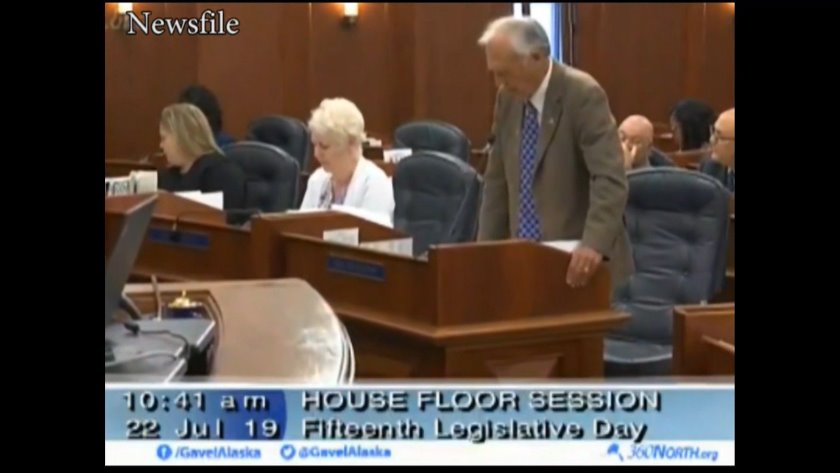 FAIRBANKS, Alaska (KTVF) House Bill 2001 has gone through many changes, both by the Alaska State Legislature, and by Governor Mike Dunleavy.

Representatives Bart LeBon and Adam Wool spoke about the governor's most recent announcements on the bill.

On Monday, Governor Mike Dunleavy announced he is restoring $156 million dollars of funding he had previously vetoed early this year. Both of the representatives say the funding was restored due to actions by the legislature.

"All this was made possible by the house originating House Bill 2001," said Rep. LeBon. "That gave the governor a second chance at reviewing the operating budget for the state for fiscal year 2020. Without the action taken by the house, that second opportunity would not have been afforded to him."

"I want to say the legislature restored it by passing HB 2001," began Rep. Wool, "and what the governor did was he didn't veto that section of HB 2001, he did veto many other sections."

In total, the governor vetoed $220 million dollars the legislature reintroduced into the bill.

"We've cut in the last five years, since I've been in the legislature, a little over a $1 billion dollars from the operating budget, so we've been making cuts," stated Wool. "We've been tightening the belt, well people say, 'You got to tighten the belt.' We've been doing that. The Legislature cut around $200 million this year from the budget. The additional $300 million or $400 million that the governor is proposing, I think, is going to have negative consequences on the economy and on the state as a whole."

Dunleavy has expressed more cuts are needed, something Representative LeBon says he is worried about.

"I don't think you just cut a billion dollars and figure it out later." said LeBon; "You're better off to prioritize your spending, what cuts you're going to make. You have a plan to address those cuts and the fallout from those cuts."

A press release from the governor's office states the more than $650 million dollars in combined cuts will lower the state's deficit by a third. Representative Wool says he does not believe the state has a deficit.
"We have funds to pay for everything in the budget that we passed," said Wool. "We don't have the funds to do that and a $3,000 PFD."

Although HB 2001 calls for a $1,600 PFD, the Governor says he is not done fighting for the full statuary amount. Both representatives have expressed that the statutory calculation from the PFD is unsustainable.

“25, 50 years from now I want that Permanent Fund to be worth over $100 billion dollars," started LeBon. "…To be helping Alaskans with just not their own family needs, but also essential state services that they depend on be it education, public safety, etc.”

When asked why Governor Dunleavy changed his opinion on so much of HB 2001, Wool says it might have something to do with the recall efforts.

“I don’t know. I think there’s recall pressure. I mean, when you get 28,000 signatures in two weeks towards a recall, I’m sure that doesn’t go unnoticed,” said Wool.

Representative LeBon says he heard the governor's proposed third special session to address the Permanent Fund Divined may take place in October but he does not know that for sure. Both representatives expressed they don’t believe there will be another attempt during that session to override the governor's vetoes to HB 2001.

Spokesman: Dunleavy visit to be rescheduled due to weather

Murkowski to vote 'no' on hearing from witnesses in impeachment trial

Pumpkin Carver Brings his Talents from Ohio to Ice Alaska

Spokesman: Dunleavy visit to be rescheduled due to weather

Murkowski to vote 'no' on hearing from witnesses in impeachment trial